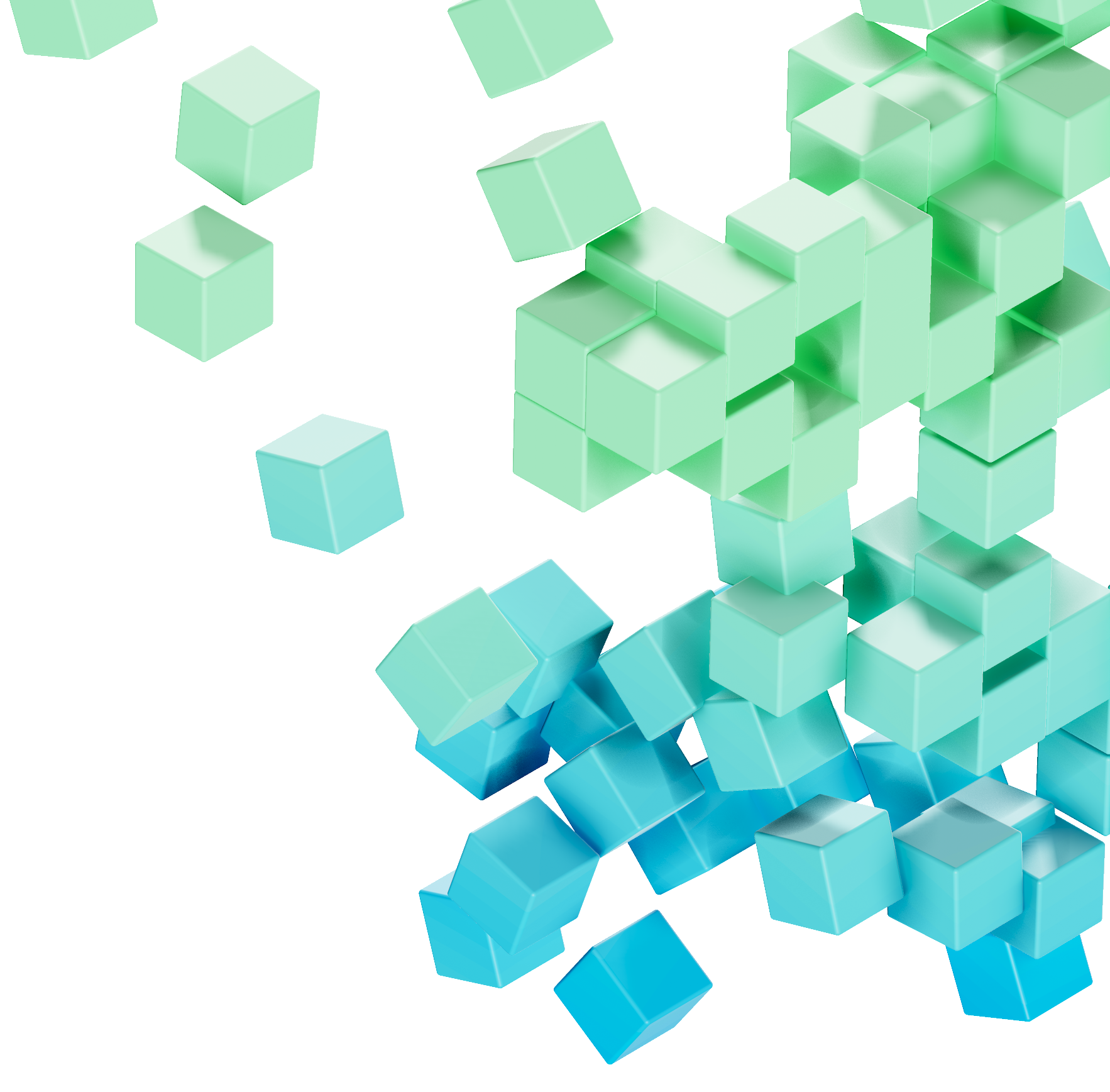 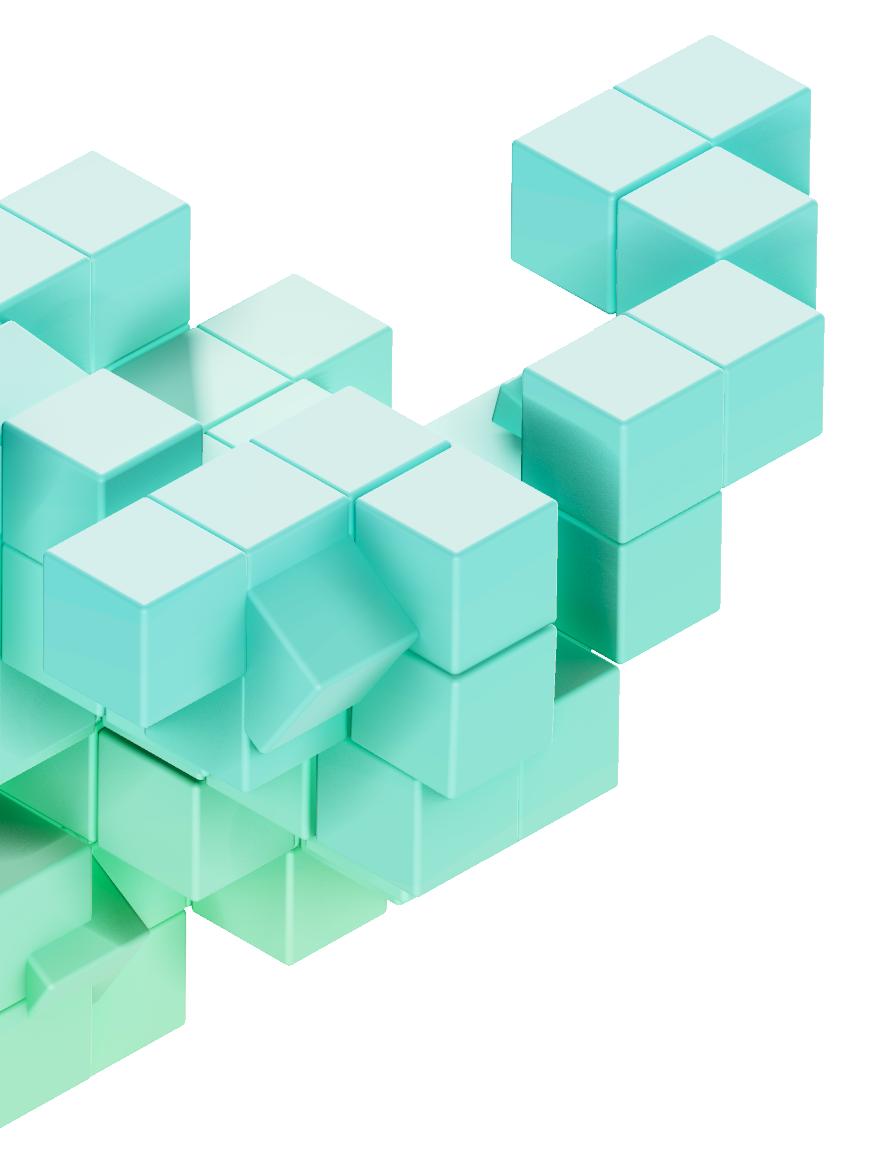 We are not your typical startup

Isomorphic Labs was born in 2021 to apply AI and computational methods to drug discovery, and transform the way medicine helps and heals people.

We’re building on the AlphaFold breakthrough as DeepMind’s sister company and one of the newest members of the Alphabet family.

And that makes us different.

Because while we have the energy, agility and ambition of a fast-paced startup, we’ve got the capital, commitment and compute power of something much bigger. It expands the scope of our horizon and the scale of our ambition.
‍
Meet some of the Isos who are guiding us as we grow. 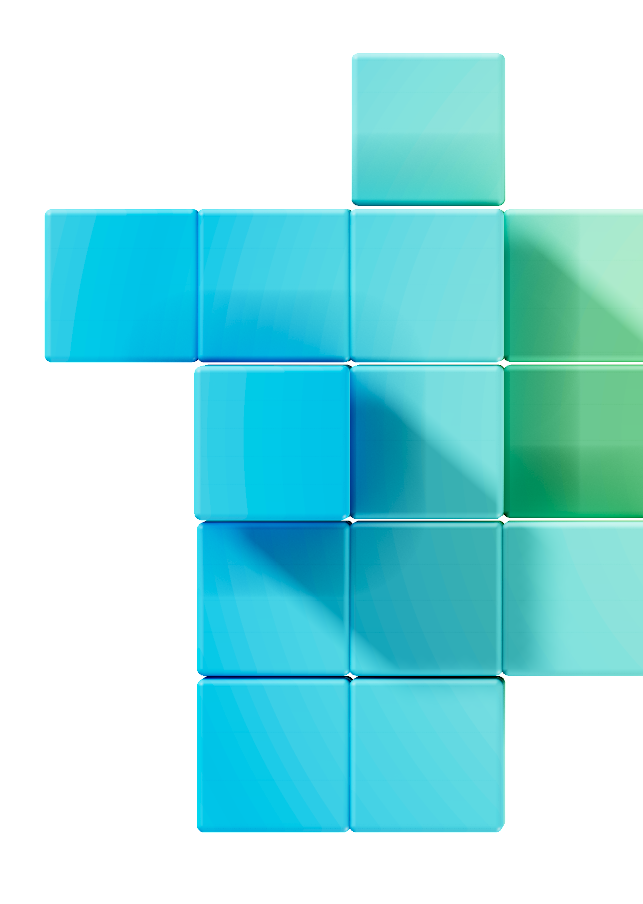 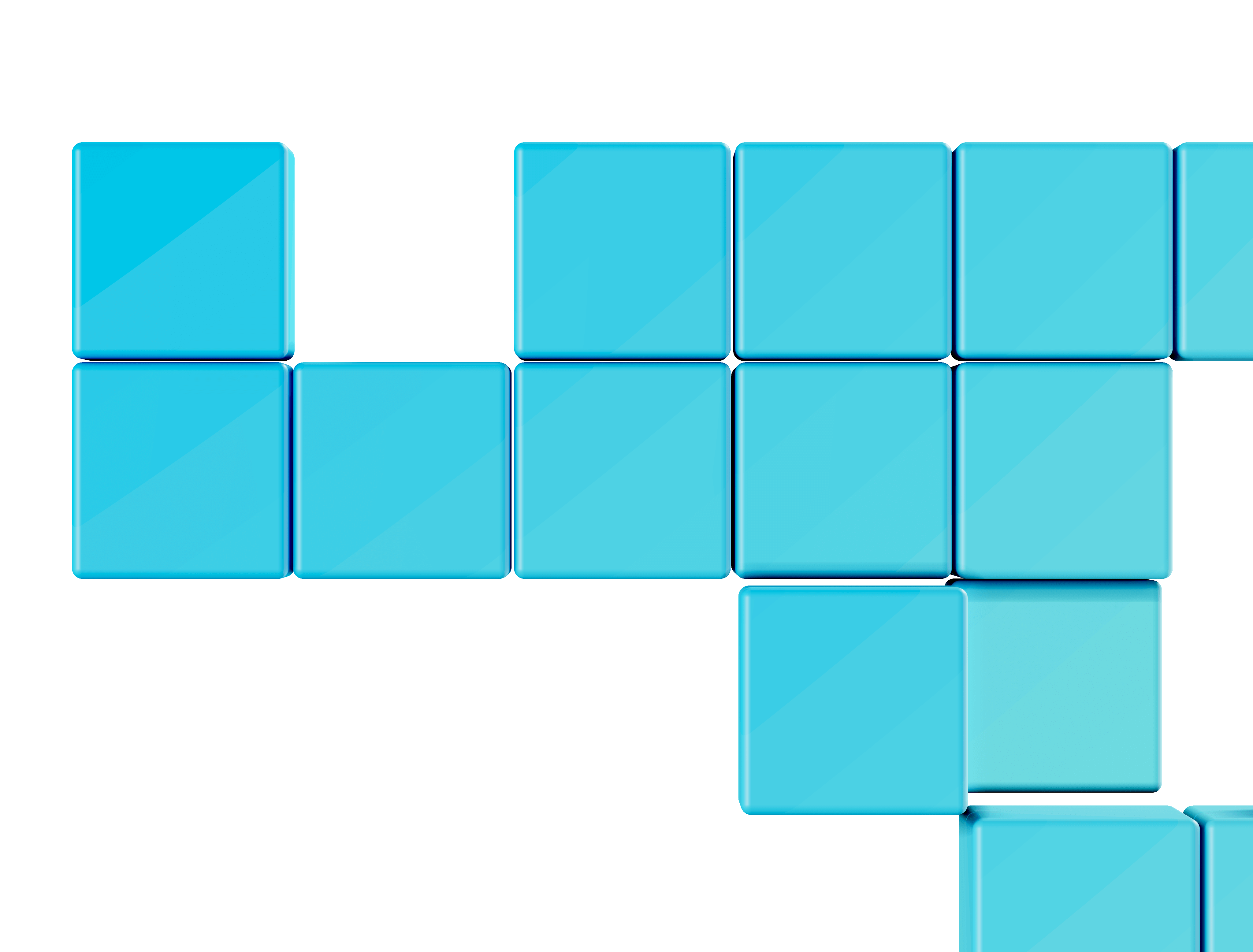 “I’ve always believed in the power and potential of advanced AI to enrich human life and change our world. The work we’re doing here will help to realise that promise, and ultimately improve the lives of millions of people dealing with disease. I’m proud to be leading this amazing team and look forward to the progress we’ll make together.”

A chess and programming prodigy, Demis is a computer scientist, neuroscientist and videogame designer. He founded the pioneering AI research company DeepMind in 2010, now part of Alphabet, which continues to produce landmark breakthroughs like AlphaFold in 2020 - a solution to the 50-year grand challenge of protein folding.

He designed and programmed the award-winning game Theme Park at the age of 17 and went on to graduate from Cambridge University and complete a PhD in cognitive neuroscience at University College London.

His research has been featured by the journal Science in their Top 10 Breakthroughs of the Year four different times. Demis is a Fellow of the Royal Society and the Royal Academy of Engineering.

In 2017, Demis was recognised as one of TIME’s “100 Most Influential People”, and in 2018, he received a CBE for services to science and technology. 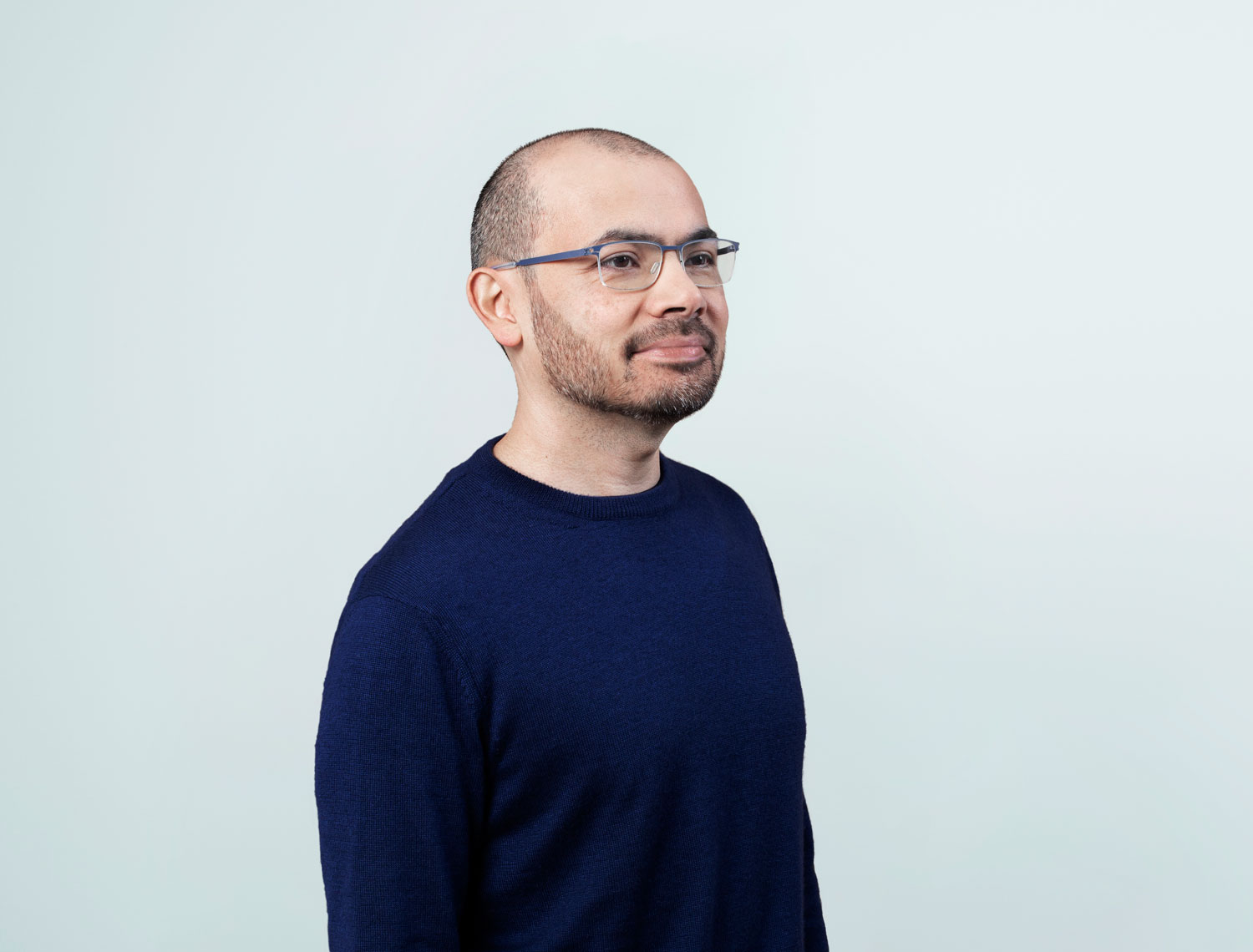 Miles is our Chief Scientific Officer. He has helped design 20 clinically evaluated drugs and is co-inventor of Kisqali® (Ribociclib), a marketed treatment for breast cancers.

“After more than 25 years working in drug discovery I can say that we get things wrong more times than we get them right. At Isomorphic Labs we are using everything we know in life sciences in order to make better predictions, improve decision-making and transform the medicine design process. I feel privileged to work with a team with the focus and passion to deliver on this vision.”

As Chief Scientific Officer at Sosei Heptares, Miles pioneered Structure-Based Drug Design for G Protein-Coupled Receptors (GPCRs). As Director of Chemistry at Astex Pharmaceuticals, he helped establish Fragment-Based Drug Design as a radical new approach to small molecule lead generation. He has also been a team leader at GlaxoSmithKline in medicinal chemistry and chemical technologies.

He is co-author of over 200 publications and patents and a fellow of the Royal Society of Chemistry. In 2015, he was co-recipient of the RSC Malcolm Campbell Memorial Prize for the seminal contributions to GPCR drug discovery made by Sosei Heptares. 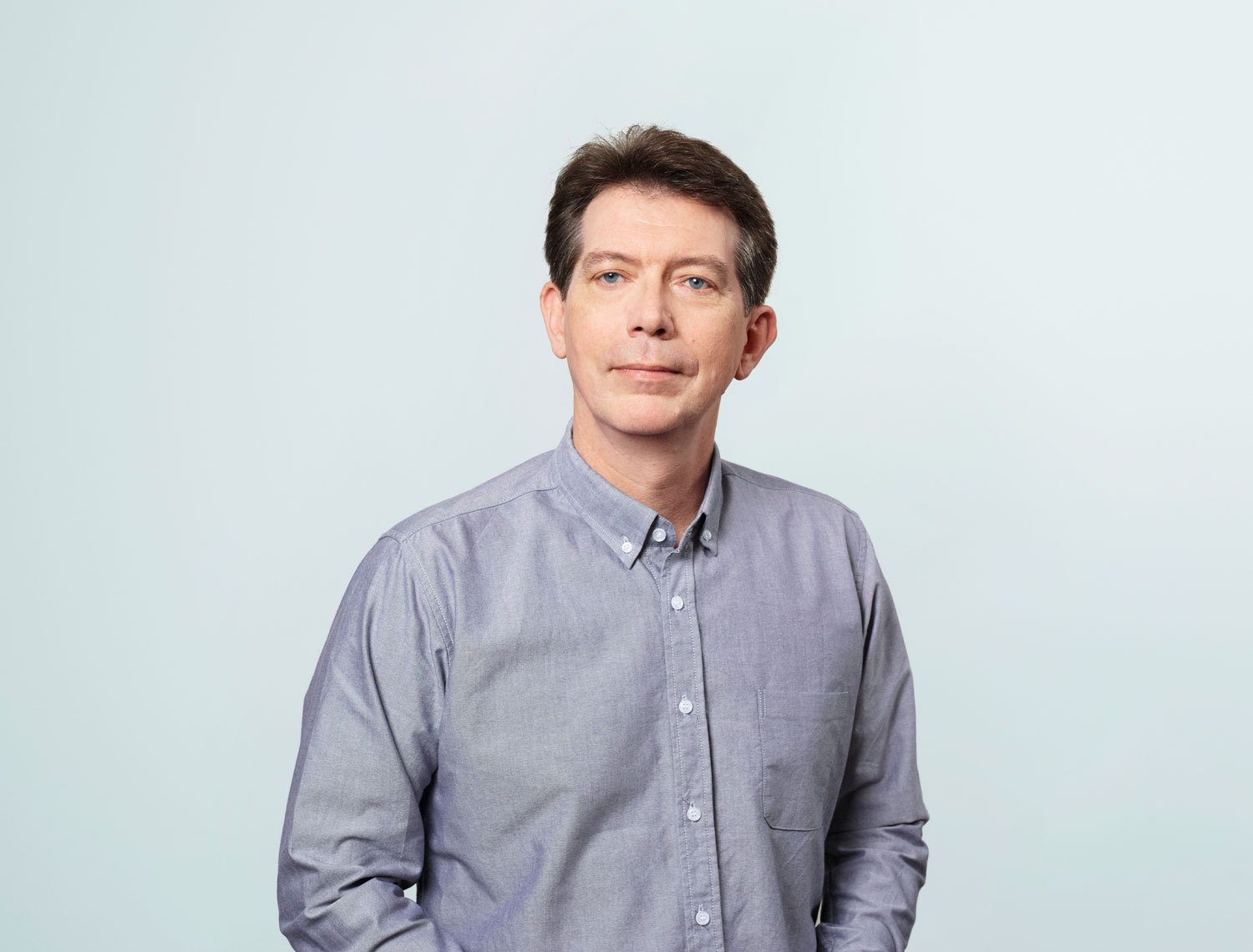 “Our success will be built upon a perfect interplay of deep understanding of science and medicine, cutting-edge machine learning algorithms, unique datasets, robust engineering and unrelenting product focus. We're bound by a common mission, to unlock the power of digital biology to improve human health. Together we make it possible.”

Before joining us, he was Senior Vice President and Chief Technology Officer at SOPHiA GENETICS, where he helped develop and run an AI-based molecular diagnostics and data-driven medicine platform operating in more than 70 countries.

Sergei has held senior roles at Amazon.com, where he launched the first Canadian software engineering centre; at BPS Inc., where he developed a best-in-class Governance, Risk, and Compliance platform; at the Ontario Institute for Cancer Research, where he led the Technical Working Group of the Pan Cancer Analysis of Whole Genomes Project, the world’s largest cancer data analysis initiative; and at EMBL where he developed a cloud-based scientific workflow framework. 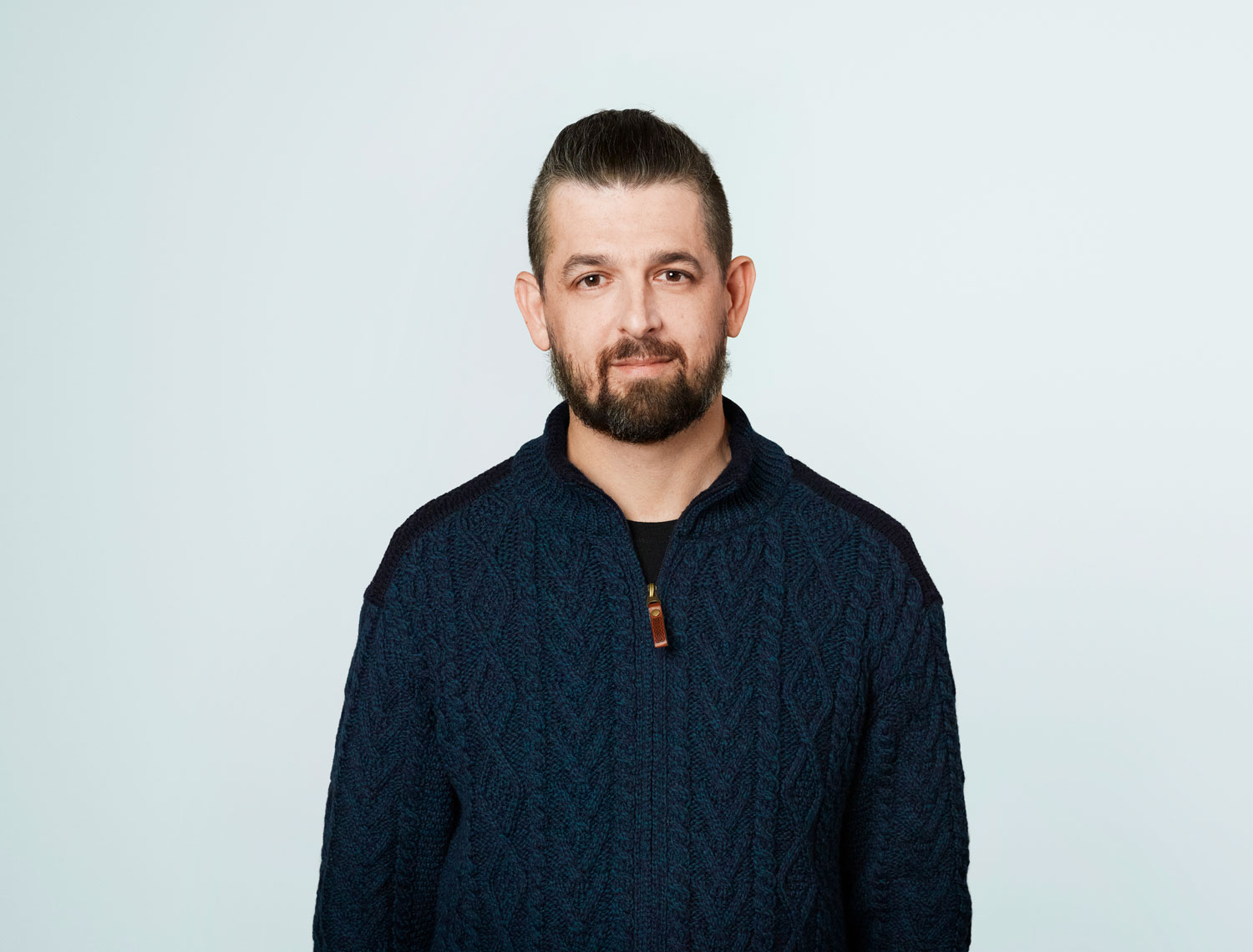 Max is our Director of Machine Learning, joining us from DeepMind. He has led breakthrough research in algorithms and methods using machine learning across multiple application domains.

“At Iso, we are so lucky to have the opportunity to focus the whole world of deep learning on one of the most important problems for humanity. As a team, we are going to get very creative, applying first-principles thinking and advancing all the state-of-the-art machine learning research we are developing as a research community towards this challenging problem.”

Prior to that, Max was CEO and co-founder of Vision Factory, a company specialising in image recognition technology with deep learning. Vision Factory joined the Google family in 2014 to become part of DeepMind. 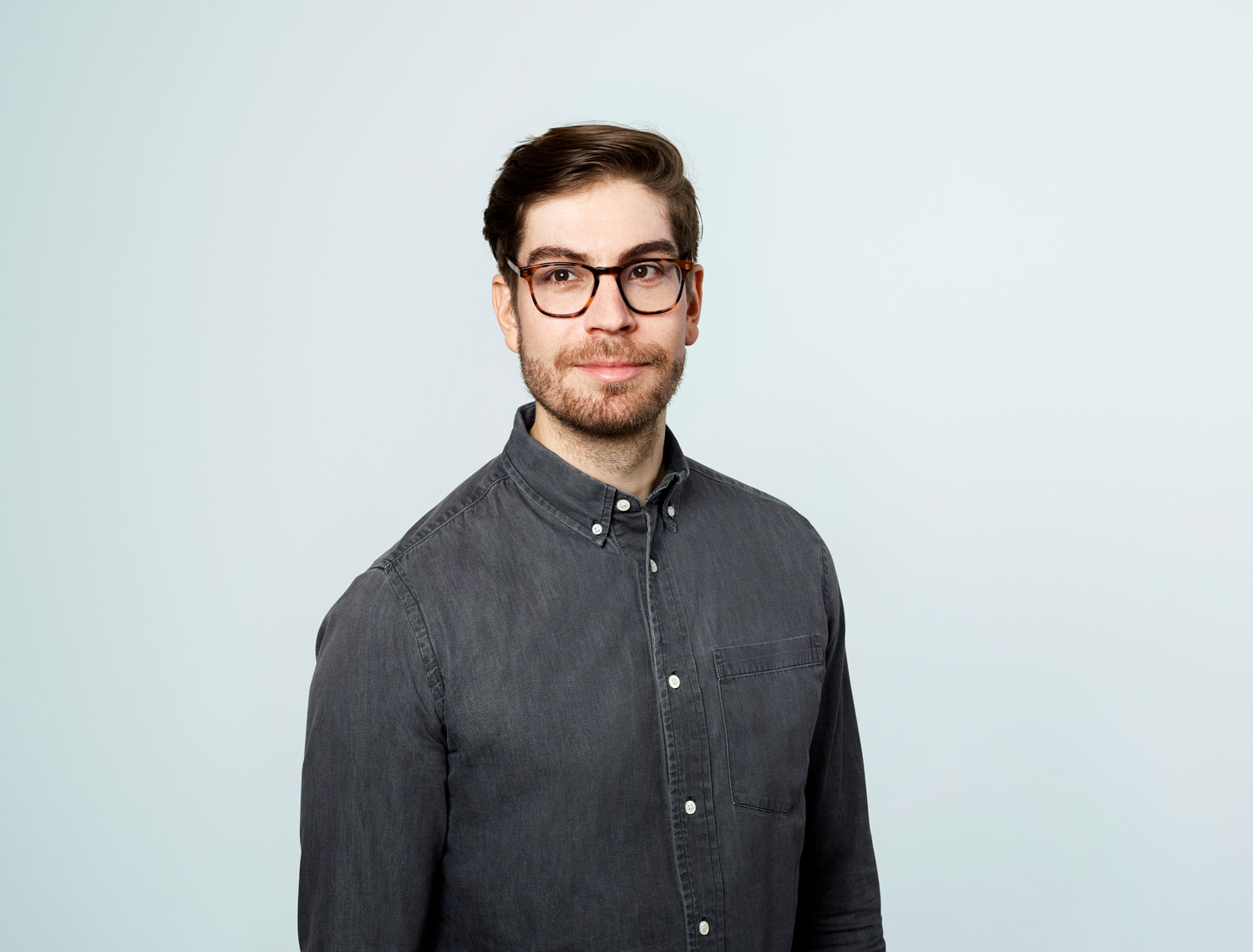 Alexandra is our Director of People Operations. She joined us from Eigen Technologies, where she was Senior Vice President of People.

“This is the time for career defining moments, both in terms of the discoveries we’ll eventually make, and the people who are going to help us make them. Hiring the right people – and building the most extraordinary, representative and interdisciplinary team working together – is the thing that will underpin all future breakthroughs here at Iso.”

She has held a variety of senior human resources roles at companies including Meridian Life Sciences, Bioline and Evotec.

Scientifically trained and with a background as an organic chemist working on drug discovery, Alexandra has a degree in medicinal and biological chemistry from the University of Edinburgh. She holds a Master’s Degree in human resources management from Oxford Brookes University.

Alexandra is a member of the Chartered Institute of Personnel and Development, the standard-setting body for HR and people development professionals. 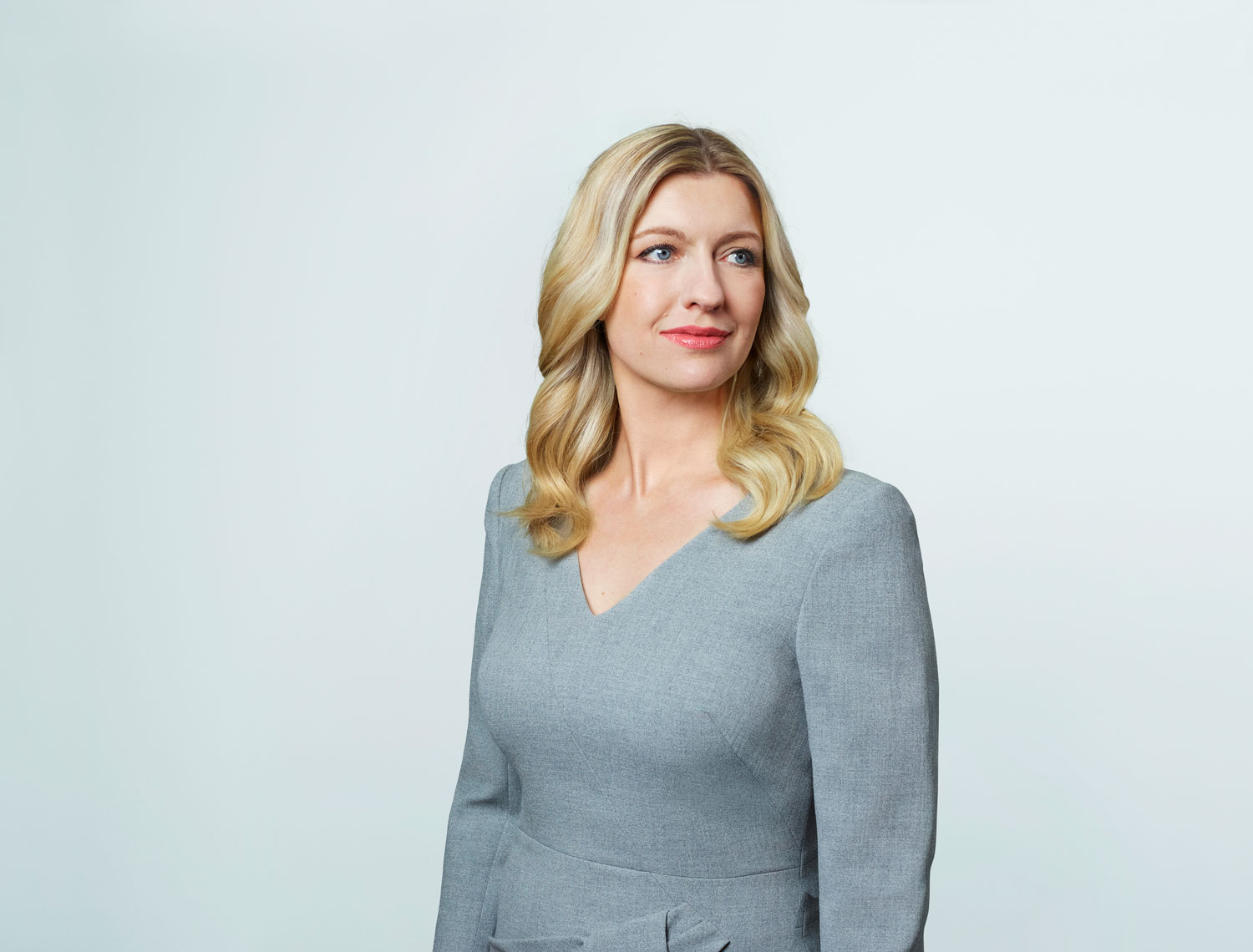 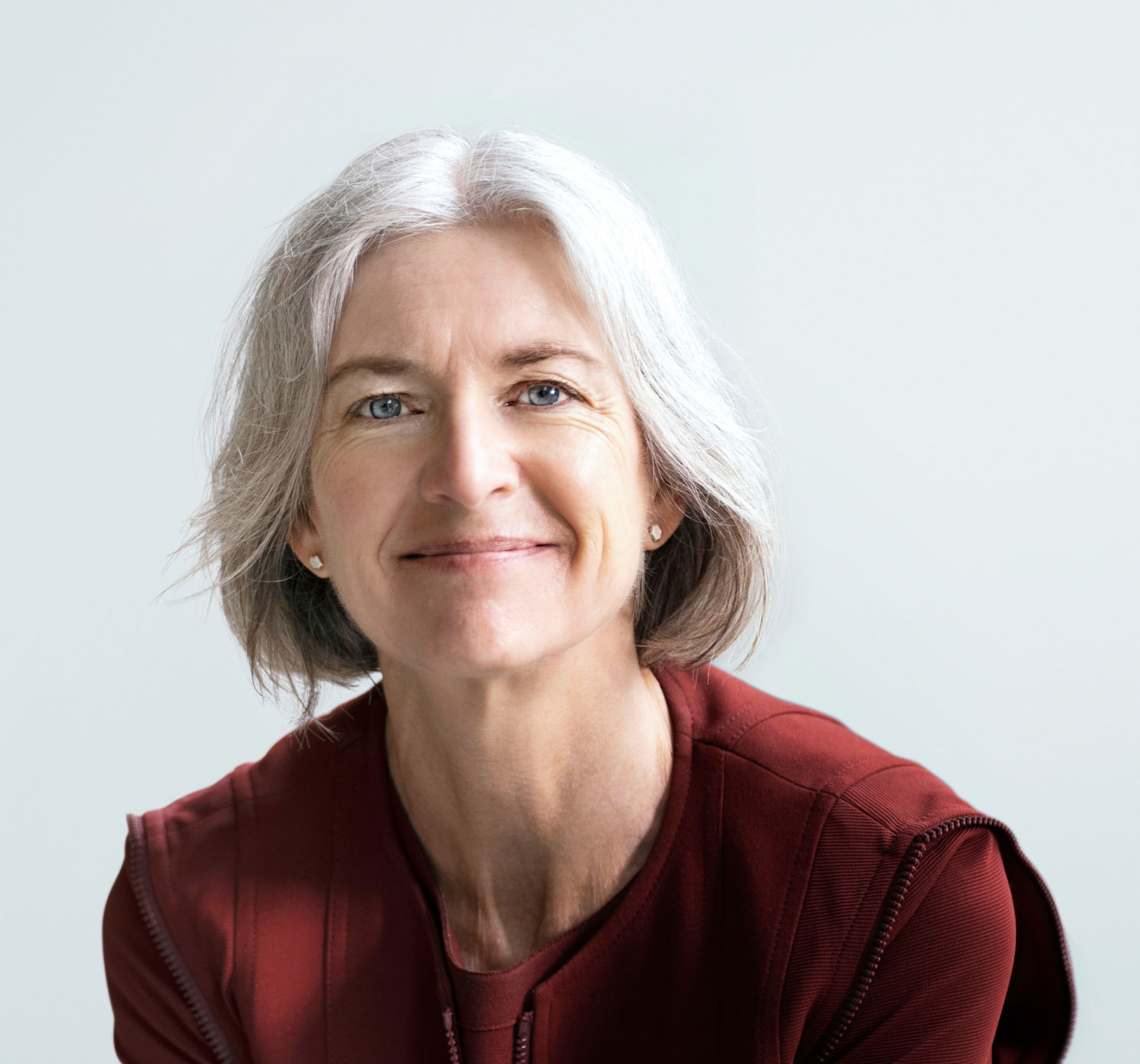 Dr. Jennifer Doudna won the Nobel Prize in Chemistry in 2020 for co-inventing the groundbreaking gene editing technology CRISPR. The technology is widely recognised as enabling a revolution in human and agricultural genomics research, thanks to its ability to add and remove genes in vivo with unprecedented ease and accuracy. Dr. Doudna is the president and founder of the Innovative Genomics Institute – the leading group advancing genome engineering research to solve humanity’s greatest challenges. She is the Li Ka Shing Chancellor’s Chair and Professor of Molecular and Cell Biology and Chemistry at the University of California, Berkeley, an investigator of the Howard Hughes Medical Institute, and senior investigator at Gladstone Institutes. Dr. Doudna is also the co-founder and advisor to several companies supporting and developing innovative gene editing applications and leads the global conversation on the safe and ethical use and impact of CRISPR technology in society. 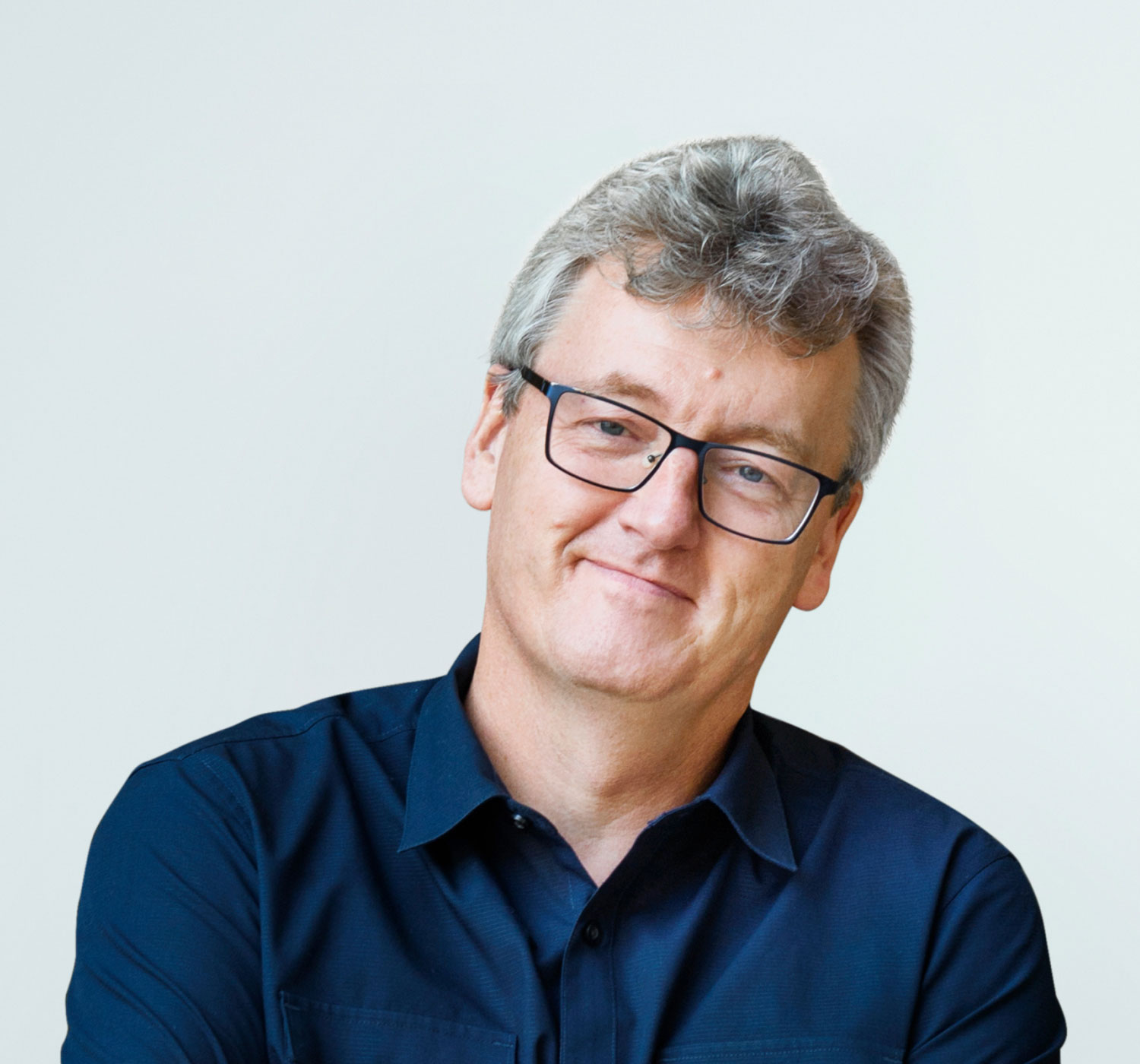 Sir David MacMillan won the Nobel Prize in Chemistry in 2021 for the development of asymmetric organocatalysis, a precise new tool for molecular construction. His invention has had a great impact on pharmaceutical research, and is credited with making chemistry greener. Sir David is the James S. McDonnell Distinguished University Professor of Chemistry at Princeton University, where he was also the chair of the Department of Chemistry from 2010 to 2015. He was elected a Fellow of the Royal Society and a member of the American Academy of Arts and Sciences in 2012, a Corresponding Fellow of the Royal Society of Edinburgh in 2013, and a member of the National Academy of Sciences in 2018. In 2022, he was knighted for services to chemistry and science. 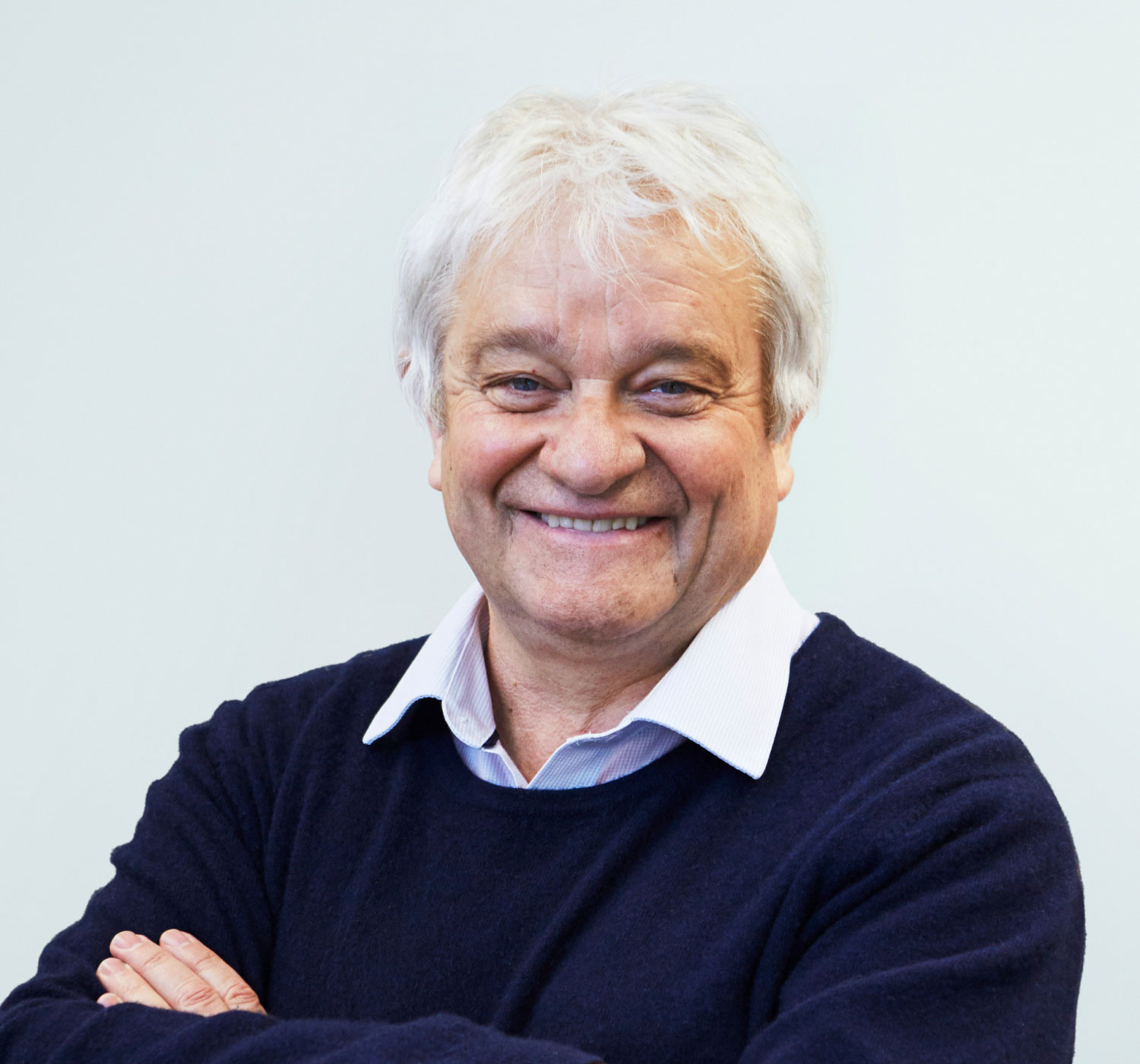 Sir Paul Nurse won the Nobel Prize in Physiology or Medicine for the discovery of protein molecules that control the division of cells in 2001. He is the Director and Chief Executive of the Francis Crick Institute, Chancellor of Bristol University and former President of the Royal Society, and has received over 70 honorary degrees and fellowships. Sir Paul’s discoveries have helped explain how cells control their cycle of growth and division, as well as how errors in the cycle can lead to cancer and other diseases. His contributions to cell biology and cancer research were recognised with a knighthood in 1999. From 2000 to 2015, he advised UK Prime Ministers and their Cabinets as a member of the Council for Science and Technology, and from 2017 to 2021 was a Chief Scientific Advisor of the European Commission. 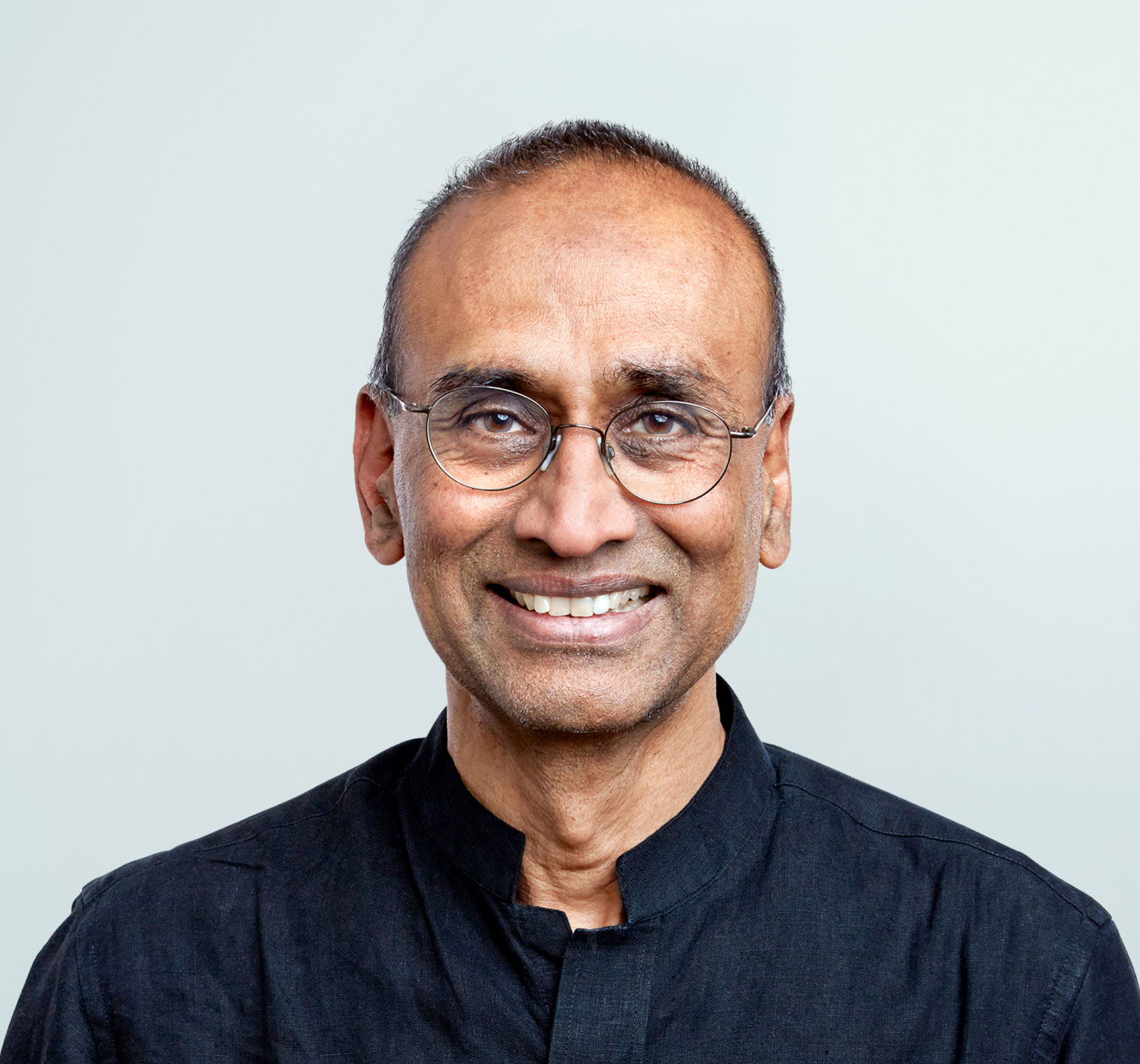 Dr. Venki Ramakrishnan won the Nobel Prize in Chemistry in 2012 for his work on the structure and function of the ribosome. His discoveries have advanced our understanding of how the ribosome works and how antibiotics inhibit it, as well as how DNA is organised in cells. After a long career in the USA, Venki has been a group leader at the MRC Laboratory for Molecular Biology (LMB) in Cambridge since 1999, and also served as President of the Royal Society from 2015-2020. He is a fellow of Trinity College, Cambridge, a member of the US National Academy of Sciences, Leopoldina and EMBO, and a foreign member of the Indian National Science Academy. He has received many honorary degrees and fellowships, and is a board member of The British Library. He was awarded a knighthood in 2012 and made a member of the Order of Merit in 2022. 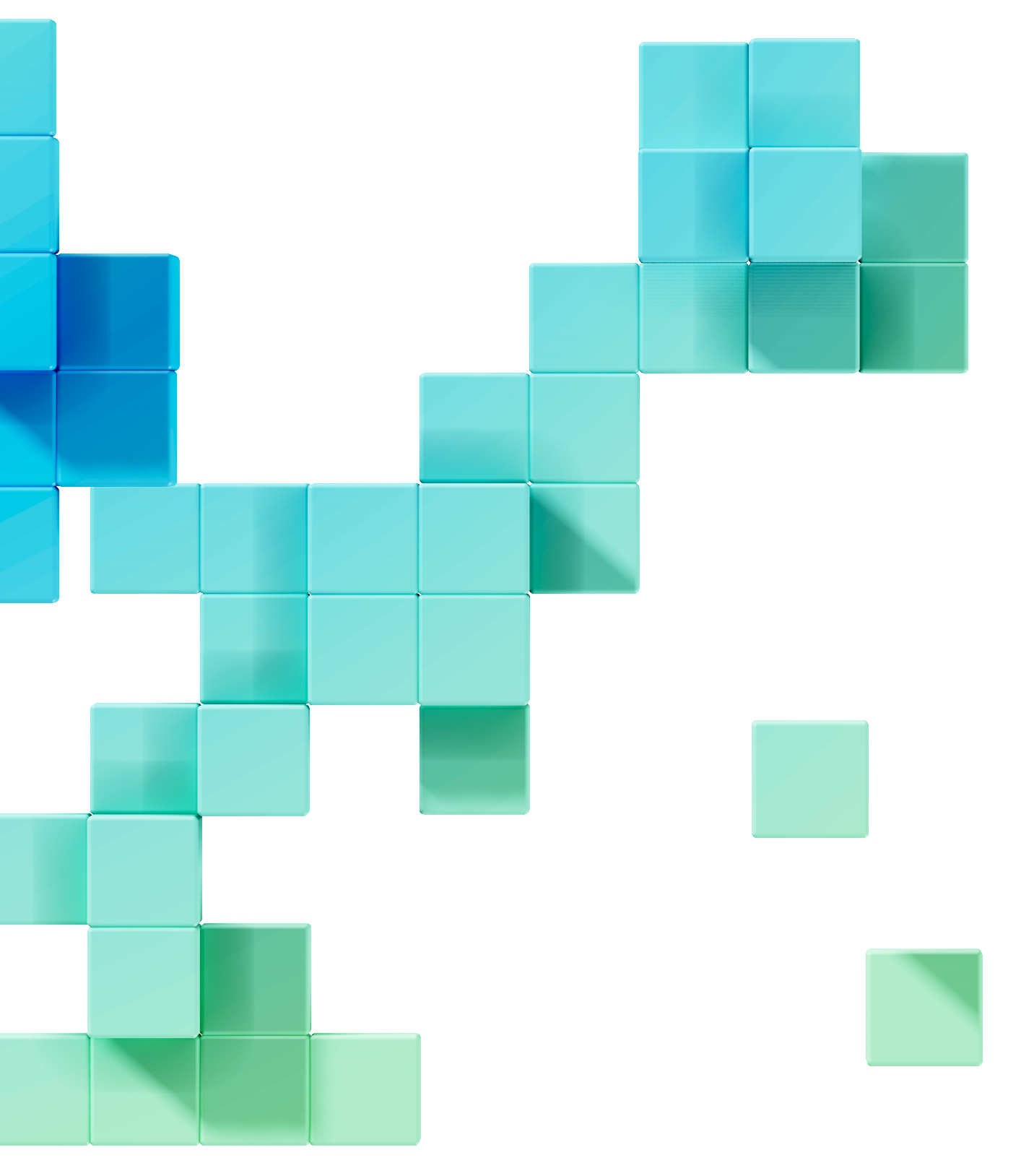 THIS IS JUST THE BEGINNING

Join us as we realise the promise of digital biology.